“Why does it cost so much to build things in America?” (Vox)

The researchers were able to identify a few reasons for what happened to the Green Line: Jockeying between two different understaffed agencies with little experience managing large projects and consultants, a laissez-faire approach to allowing stakeholders’ expensive ideas to be added to the project scope ‘even if impractical,’ and public pressure for more as the project dragged on and the demand for transit options increased.”

Today’s joint meeting of the MassDOT Board and the Fiscal and Management Control Board included an update on the Green Line Extension, and there’s a bit of bad news. The Union Square line will open in December instead of October, and the Medford branch will open in May 2022 instead of December. There were rumors that such a delay was coming.

View the slides for more details.

“The idea that extending the Green Line from Lechmere into Somerville and Medford could come in under budget is somewhat remarkable given its tangled and tortured history. In its early stages, the price tag of the project ballooned from $2 billion to $3 billion and forced state transportation officials to redesign and revamp the project to eliminate roughly $1 billion in costs.”

“Somerville — which will see the percentage of residents within a half-mile of a transit stop increase from 20 percent to 80 percent when GLX service begins — has seen its old, blue-collar reputation transformed by an influx of young professionals and new development in the years since state officials first committed to the long-delayed project in the 1990s.

‘I think it’s fair to say the demographics of the neighborhoods encompassing GLX have changed,’ [Lynsey] Heffernan [the T’s director of policy and strategic planning] said.”

Good news from the MBTA: General Manager Steve Poftak revealed at the March 29 MBTA board meeting that the Green Line construction is on schedule and that the Union Square branch will likely open in October, with the other stations along the Medford line opening in December.

Edward Orde on Twitter noticed that the MBTA map at the Ruggles station already includes the Green Line Extension:

In a statement, MBTA officials wrote that “this GLX Art Enrichment Program seeks to contribute to the vibrancy of the GLX communities by investing in the success of local artists… The goal is to enhance existing station elements to create a warm and welcoming environment in key areas experienced by the riding public, to both unify and differentiate stations, and to enhance the connection between the station and the community.”

Can’t wait for the Green Line Extension to open? Curious how the construction is going? Now you can watch via several live cameras positioned along the line.

Here’s a camera near Ball Square: 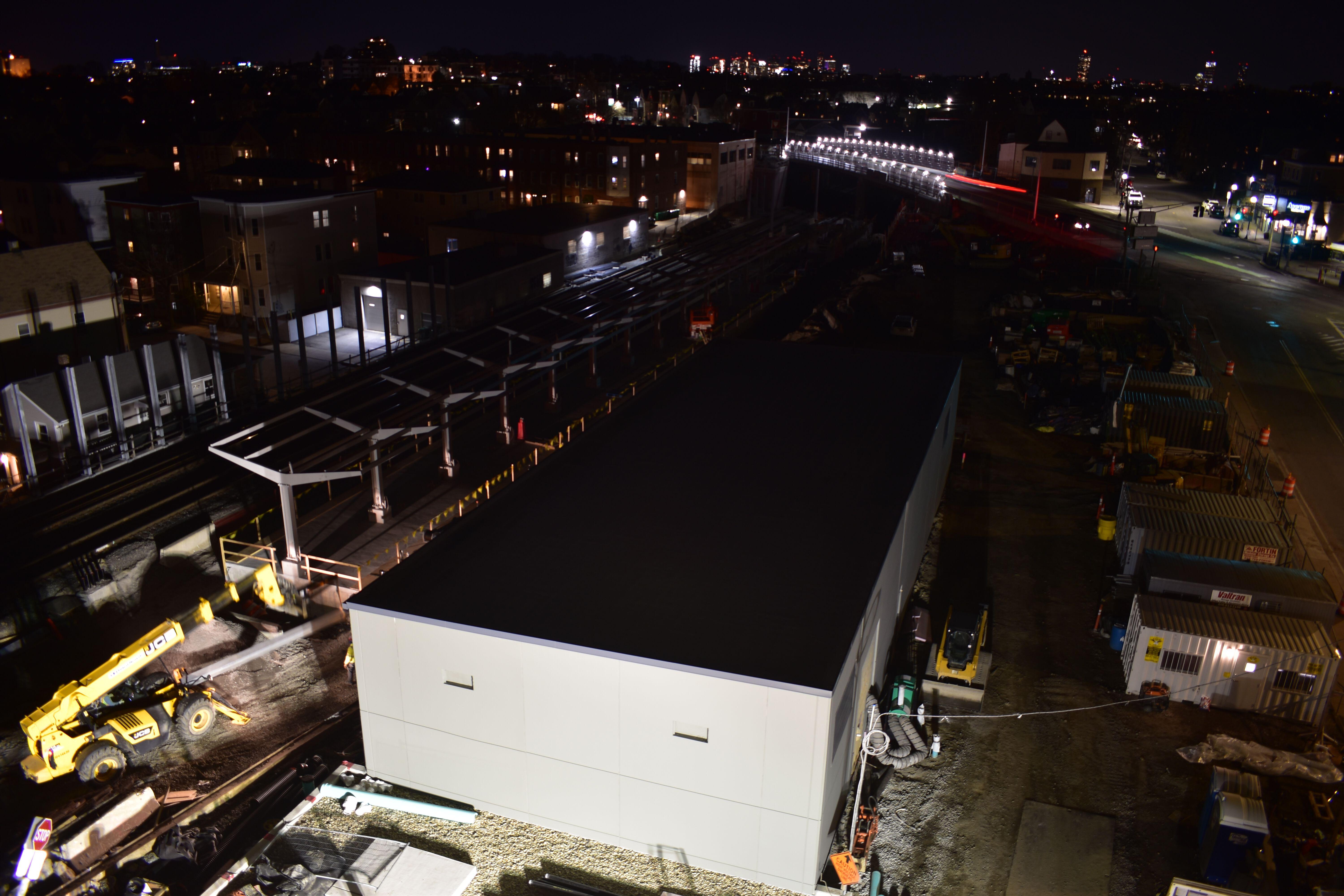 If you missed the official Green Line Extension construction update, you can watch it here or view the slides.

While we’re all still stuck at home, construction continues on the Green Line Extension. Thanks to Richard McKinnon of East Cambridge for this photo overlooking the coming Lechmere station.

Read More Sep 19,2020
1 2 3 … 74
Overview
The State is legally obligated to extend the Green Line through Somerville, but keeps delaying the process and not addressing the financial challenges. In the current phased plan, new stations for Lechmere, Union Square, and Washington St would open in 2016-17. Additional stations up to College Ave would open in 2018. A stop at Route 16 would be built later. MassDOT has finalized the Environmental Assessment and is applying for Federal New Starts funding. Work on station designs, Community Path, and land use planning continues.
Green Line Map

Discover the history of the Green Line extension through text and pictures. 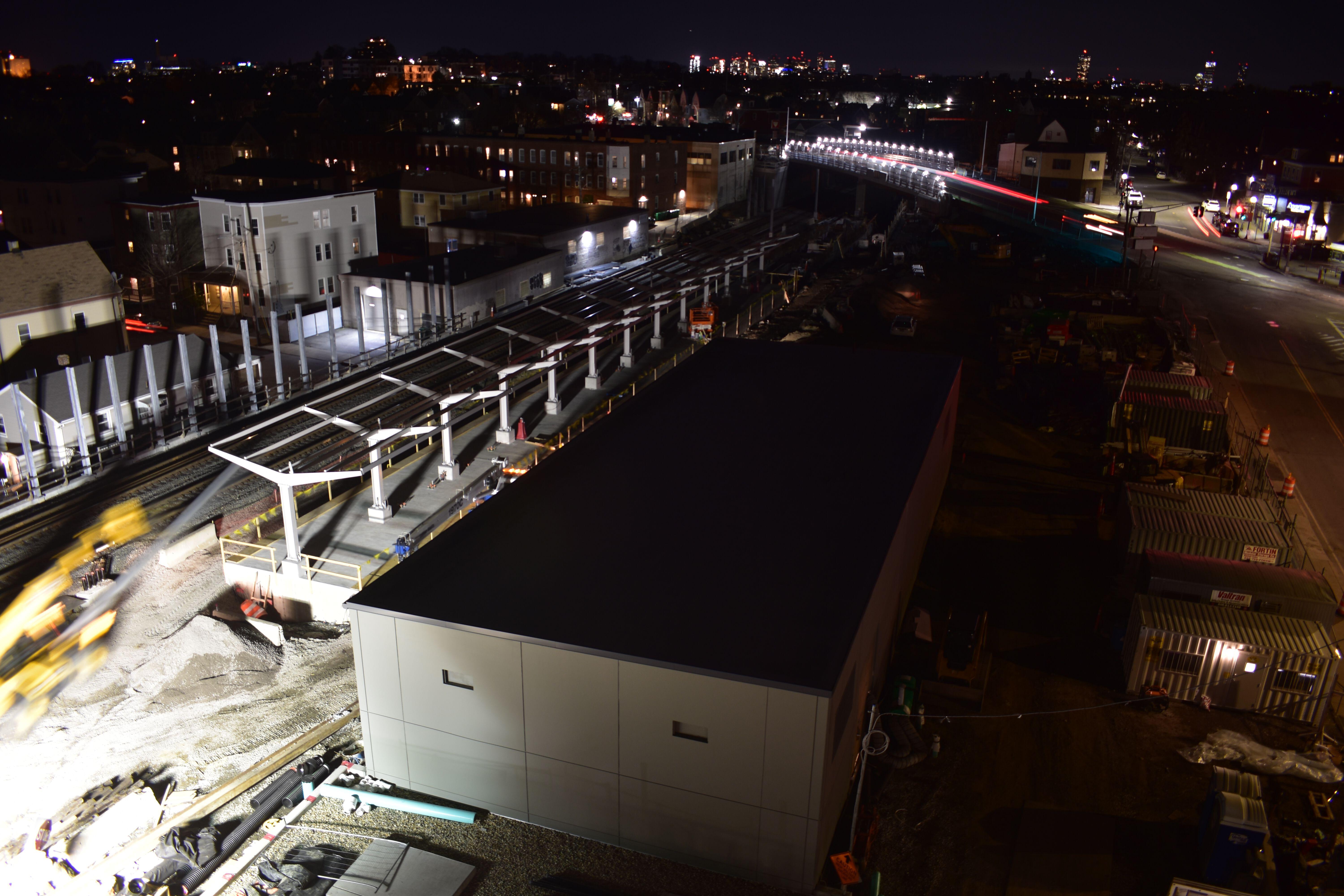 You can make a difference! Come to a STEP meeting or join our email list to stay up to date:

Multiple ways to stay in touch with STEP: